An Exciting Future for the Most Scenic Race in Michigan!

Planning is underway in anticipation of the 39th running of the Seaway Run on June 27, 2020. Named the most scenic road course for runners in Michigan by MLive in 2016, the Mercy Health Seaway Run is a Muskegon tradition that has grown and evolved over time. The 2020 event will feature a half marathon, 10K, 5K and 5K Community Walk. The event starts and ends in downtown Muskegon with courses
that take advantage of stunning lake views and friendly neighborhood supporters. Bryan Lambert, a Muskegon native, takes over for Andrew Buikema who served as Race Director for the past three years and oversaw the move of the main event to the heart of downtown Muskegon on Western Avenue between 3rd and 4th Streets. 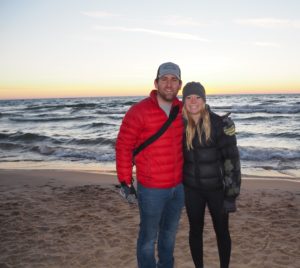 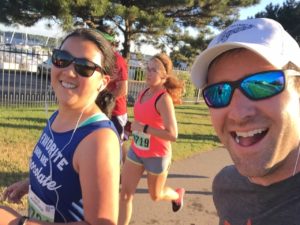 “Every year, no matter where I was living, my summer plans included a trip back home to run my favorite race with my favorite people,” said Lambert, a 2006 graduate of Muskegon Catholic Central High School. “My love for the Seaway Run began as a teenager and I’m so honored to be giving back to a race that has given me so many wonderful memories.” “The Seaway Run is an exciting event for Muskegon and I look forward to building on 38 years of tradition to foster its growth, involve new community partners and further stake its claim as a premier race in Michigan,” said Lambert. He added “Whether you’re a returning participant or a first-time runner, this is an iconic run showcasing some of Muskegon’s most beautiful landscapes. It’s the perfect summer experience for runners, walkers, locals and out-of-towners alike.”

The Mercy Health Seaway Run is co-owned by the Muskegon YMCA and the Muskegon Rotary Club and proceeds benefit those two organizations specifically supporting community programs that help build a healthier Muskegon.